One afternoon our pastor called and requested a large charcoal drawing of Golgotha, the site of where Christ was crucified, to be drawn and ready for the weekend service.  He wanted it as large as a king size sheet.  I was not sure of anything I had that would be large enough in such short notice…then I realized I had a large stretched canvas 4 feet by 6 feet I could use; and when he was done using it as a prop, I could just gesso (paint) over the drawing and use it for another painting.

I had the following photo for a reference of the actual hillside that shows the Skull face of Golgotha. 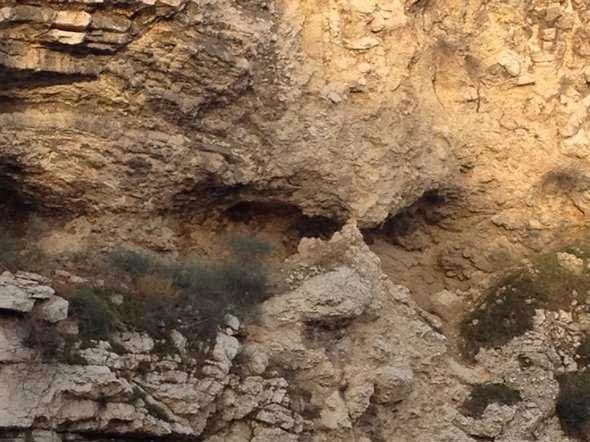 I did not realize the Skull of Golgotha was named as such because of the hillside showing the image of a face.

Bible reference John 19:16. “So they took Jesus bearing His own cross to The Place Of the Skull called Golgotha.  There they crucified Him.”

Here are the photos of the drawing in progress…. 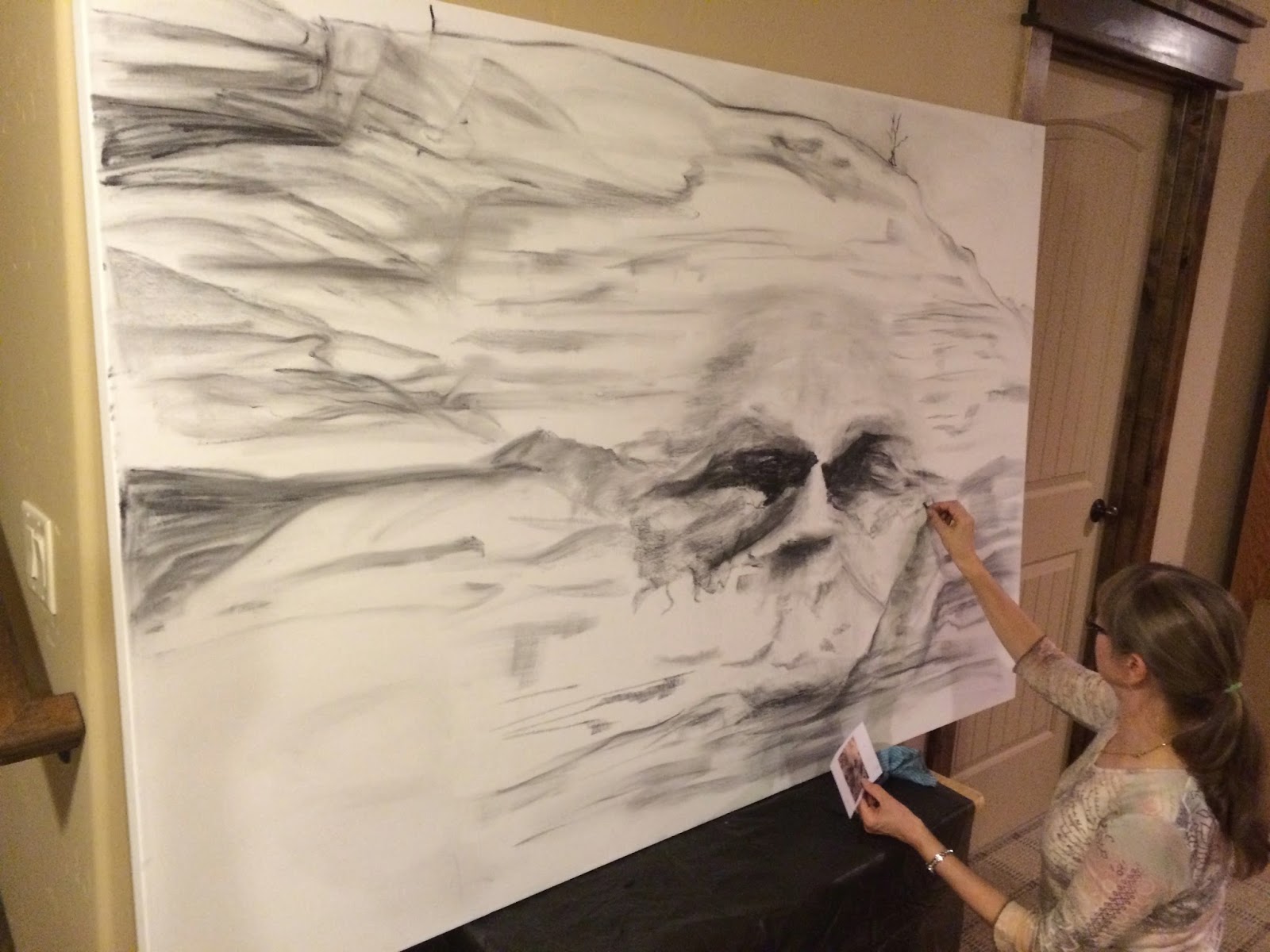 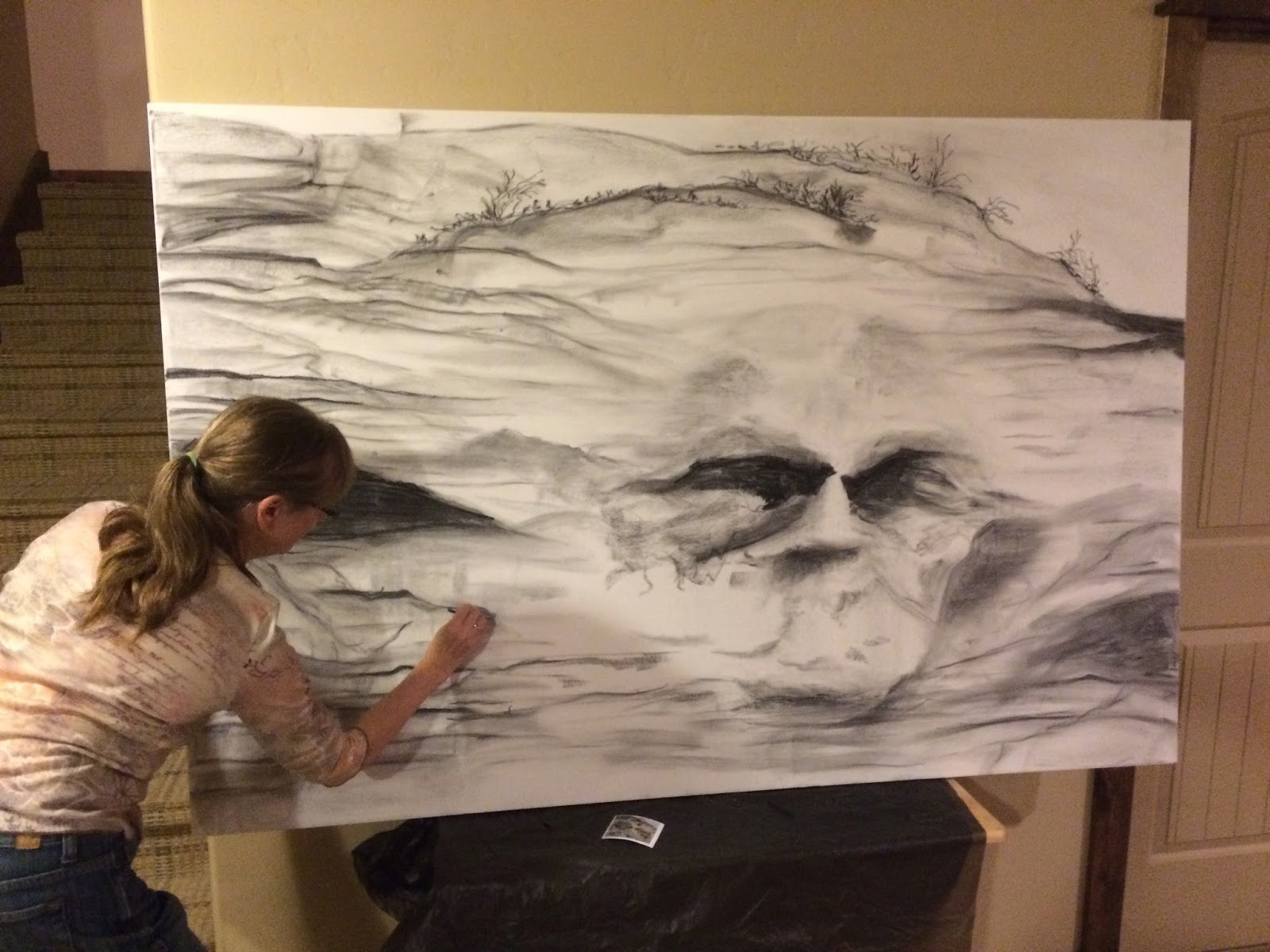 After the first viewing at Eagle Christian Church (where Rick & I attend) there were requests to purchase what I considered a prop.  It sold for $2000.00. Then, requests came in for prints. Long story short, we printed 100 giclee 16×20 inch fine art prints each numbered and hand signed. When they all sell we will have raised over $4000.00 for a special church project. (All proceeds were donated to the church project). 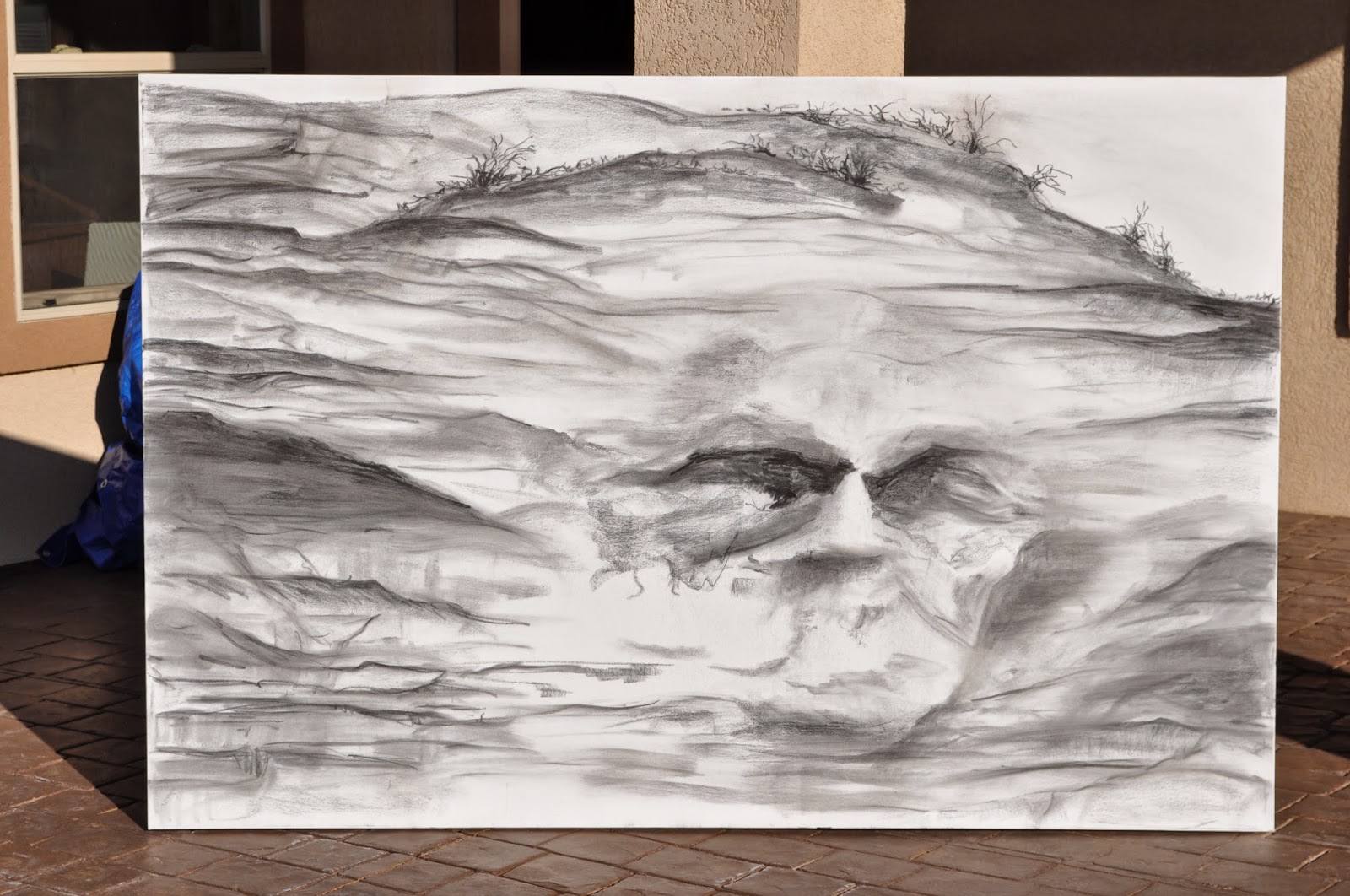 I am amazed at the story that unfolded. The person who purchased the drawing heard that Boise Bible College had wanted to buy it and the buyer donated to the college for a permanent art piece.

So a “prop” had a lot more to it than I planned;  unusual request…unusual results …I feel blessed.

Check out my Blog and Facebook Page for articles, awards, videos and more!